Practically overnight virtual reality (VR) technology has become our reality, and more and more educational applications are becoming available. Using a $9 viewer and a smartphone you can enhance student learning by using VR technology in your classroom. Here’s one way to get started using this technology in the physical education classroom.

As used in our classroom, there are 3 basic components that provide the VR experience:

The smartphone provides the media (what is seen, heard, or interacted with) by accessing an app, website, or file. The viewer is the mechanism that holds the phone and makes what appears on the the phone screen appear realistic when looked into. Viewers come in different forms from cardboard designs that costs as little as $9 to more elaborate models that vary in price depending on functionality.

How We Used VR Technology In Our Phys Ed Class

The traverse climbing wall is a major component of our climbing unit, and I was excited to show students how the skills developed while climbing this wall compared to those needed to climb in a natural setting. As I explored the internet and Google Earth looking for 360° views of rock climbers I happily came across Google Treks. Google Treks is an in-depth VR experience that as explained by Google explores “some of the most interesting places in the world”, including our classroom’s journey up the vertical rock formation known as El Capitan in Yosemite National Park.

Starting at the base of the base of the the rock climb and moving all the way to the top students learn about the equipment, technique, basic needs, and history of the climbers featured in El Capitan 360° VR climb. The website provides a wealth of information about different parts of the climb, while the 360° view opened in the Google Street View App shows the setting. We used stations during our climbing unit, and while at the VR station students saw the 360° VR climb using the viewer and then read about what they saw by looking at the visual fact sheet I created using the facts from the website.

At any given time, students were talking about the climbers, the scenery, and the rocks that were being climbed. Students were pointing up as they discussed what they were seeing, and one student even commented that she, “Really felt like she was sitting in the dirt looking at the climber!” After viewing the scene students connected what they saw in VR to what they do while climbing the wall by answering a quick reflection question.

The smartphone, VR viewer, internet, and Google Street View app were all that was needed to complete this virtual climb. I bookmarked the El Capitan Climb on my smartphone’s internet browser for easy access, and opened the specific part of the climb I wanted students to view that day by clicking “Explore”. 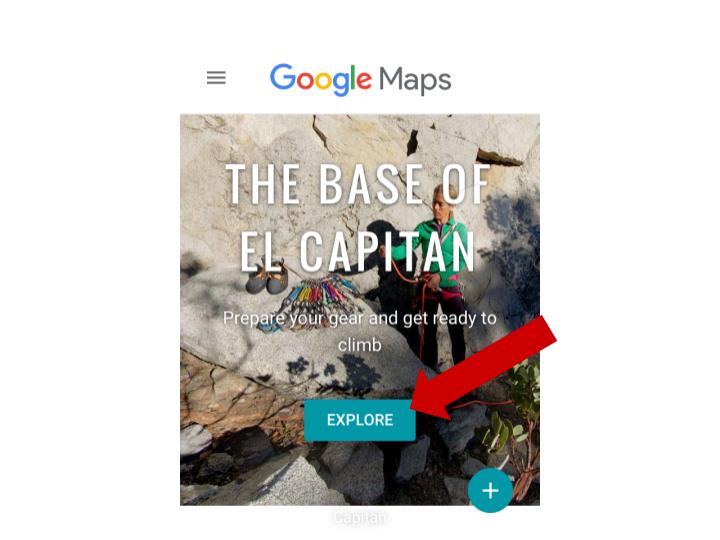 Once opened, the scene has various interactive options. First, by moving the phone in space you can view 360° of the scene. Second, there are small white circles that when clicked share facts about the climbing scene being viewed (this is where I got the facts for our scene fact sheet). Third, there are options to share the scene on Google+, Twitter, and Facebook. Finally, the 360° VR climb can be opened using Google Maps, which will open up automatically in the Street View app. In our classroom I did the latter by clicking on “Google Maps”.

Once opened in the Google Street View App, all you need to look for is the mini VR viewer icon to start the 360° VR climb.

You will know that the phone is ready to be placed in the viewer when the view appears to look like it is being seen through a big pair of goggles. Turn the phone so that the image appears upright and place in viewer to begin the 360°  view of different parts of the El Capitan climb. 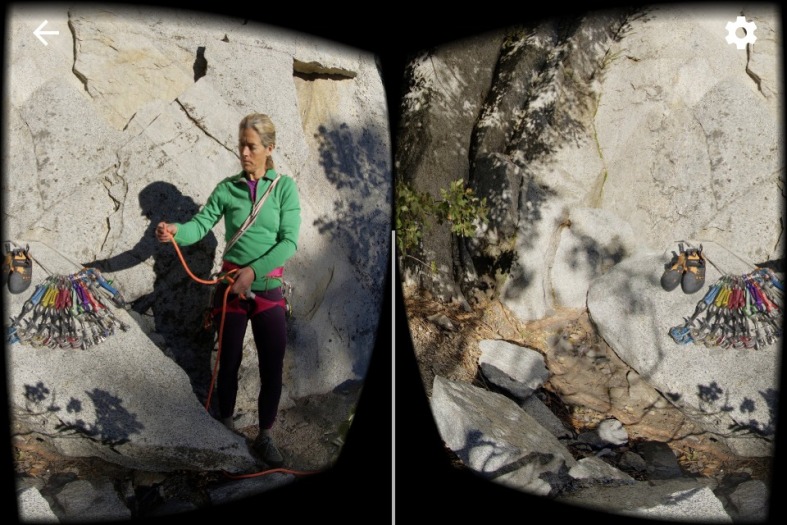 Although some preparation was needed initially, I was able to put the phone to sleep and turn it back on with the VR view screen opening right up. This meant that I only had to use the internet bookmark and open the VR view for the first class of the day and could just unlock my smartphone to access the VR climb from thereon. Next, with safety as the first priority, students used the viewer while seated. As you download and use the VR capability of Google Street View, additional considerations are presented.

I would love to hear how you are using VR in your classroom. I am extremely curious about Google Excursions if you can share how you have applied it into your lessons. 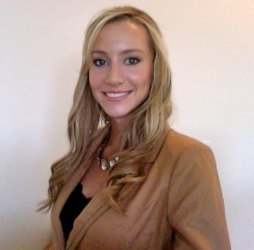 Michelle Reiser is a physical educator and health educator in a 1:1 iPad district. She is currently earning her Master's Degree in Instructional Technology.